If you are willing to have an off-grid life you can choose anywhere. However, there are many off-grid homes and off-grid communities. But it is important to know about the states which are allowing off-grid lives. Therefore, “founderactivity.com” loves to share this article in order to detail you with what states allow you to live off the grid.

Before leaving to the off-grid life you have to consider the weather changes, off-grid friendly laws, land prices, crime rate, land quality, cost of living, population density, etc. So, Followings are the states that allow you to live in off the grid life.

I have done research on the off-grid states. Therefore, below-listed states are in order according to the overall costs. The best states come out on top.

Alabama is one of the states which allow you to live off the grid life. There is a low population density. And also there is plenty of water. Alabama is good for agriculture. Therefore, you can grow your own foods.

Not only that there are low property taxes in Alabama. But it is somewhat tough to generate power here.

Missouri is another state that allows you to live off the grid legally. And also there are no rules in collecting rainwater. However, Missouri is the best place among the other places for farming and growing livestock.

Not only that, but there are also a fairly long summer and the short winter. But living costs are higher in Missouri.

This is one of the states which have all the four seasons. And also the warmer seasons are longer than the colder seasons. Therefore, Tennessee is the best place to the hunt, raise livestock, and growings.

You can collect rainwater legally. Because laws are more relaxed in Tennessee. not only that there are so many freshwater springs. Living costs are also lower than the averages. But it is situated in the tornado area.

Texas is also the best state that allows you to engage an off-grid life. There is a long growing season. Therefore, it is most suitable for growing crops. But there are limited freshwater sources. Texas has some of the more relaxed rules about off-grid life and owning a gun.

The cost of living is slightly lower and the population is lower than in other states. In Texas, wildlife is abundant because of the abundance of food and you can grow crops.

Hawaii is an interesting place for anyone to live off the grid. However, due to the import of the items, the land and the living costs are extremely expensive and high.

Not only that, but Hawaii is also rich in local resources, mild climate and has a good potential for generating power. However, there is nothing that prohibits you from living off the ground.

Some of the areas in this state are non-tourist and remote areas. Therefore, there is low population density and inexpensive lands. And also there is an abundance of water, rock and timber. But the growing season is short. therefore, you have to use greenhouses and indoor growing to increase crop production.

There are several off-grid communities living in tiny homes. And also the off-grid laws are not so relaxed in the Idaho state. Therefore, you have to inform local water rights as the water source you use may already belong to someone.

The climate of Idaho is fairly harsh with temperature rain forests, freshwater, and plenty of lakes. And also there is plenty of fish and wild game. Therefore, you won’t be so concern about the foods.

Wyoming is a semi-arid state. Because there are shorter summers and long winters. Therefore, you have to face some troubles when finding water and collecting rainwater. However, the cost of living is low in Wyoming.

And also property tax is the only tax that is higher than the average. There is no need for informing the state about your off-grid life.

Montana is also similar to Alaska. So it is also the best place to live off the grid. And also there are relaxed laws, abundant resources. But higher property taxes than the average. However, if you do not have a problem with the cold winter, this state is better.

There are a low population density and plenty of water. To raise animals and grow crops, you need a license for them.

There are so many brags about affordable quality land in non-coastal areas. A significant number of ready-made and housing communities are growing in Saluda and the Black Mountains. The Prepper Camp, a three-day homestay experience every year, takes place in September.

There is a fairly large off-grid community in Nevada. Laws are more relaxed. But there is difficulty in finding water and growing crops. Not only that there is a high temperature in the day and so cold in nights. And also the land is very cheap here.

But there is prone to frequent droughts and the occasional earthquakes.

There are mild weather and the long growing season than the average. But there are some hardships of lack of water and resources such as firewoods. However, some of the people select Arizona because they are more accustomed to arid climates.

The potential for generating electricity is high. Land prices are affordable.

There are low taxes, long growing season and cheap land. Therefore, Ohio is one of the greatest off-grid states in the world. And also off-grid laws are relaxed and some of the countries haven’t even a permit office.

But there are some risks of earthquakes and floods. Therefore, you might be tedious while generating electricity in those weather patterns.

Vermont is one of the other states that allow you to engage an off-grid life. There is plenty of water for consumption. And also there are lands for affordable prices. Not only that you can find timber and rocks for buildings easily. There is a low population density.

Alaska is one of the best states that allows you an off-grid life. There are a low population density and abundance of resources like wild animals, wood, plenty of rainfall and fish. And also it has a cold long winter season.

Therefore, make sure to get prepared for the winter. Not only that you have to build an insulated shelter. The cost of living is cheap and doesn’t have an estate tax.

Washington is a state of having temperature climate and the many abundant resources. And also there is high population density, expensive lands, high taxes, extremely strict building codes, high cost of living, etc. The sky house is one of the off-grid houses in Washington.

Oregan is also the best state that allows you to live an off-grid life. It has several off-grid communities such as the Three Rivers Recreational Area. The rules are much looser here. Therefore, some of the rules even help you to have an off-grid life.

And also property taxes are higher than the other states. Not only that, laws regarding the raising livestock and growing crops are also relaxed. 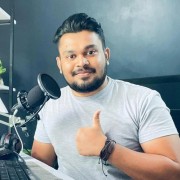 Uditha Sanjaya
Uditha Sanjaya is a Tech communicator, video creator, and entrepreneur, having founded Fuozo Solutions, Hackinglk, FounderActivity.com, and DEVOLUXE.com.. He’s a host of FounderActivity Podcast and Hackinglk. you can find him on YouTube, Twitter, and, if you really want to, Facebook.
Previous

How to Create a Marketing Plan 101: Ultimate Guide for New Business Owners

Breakfast is often called the most important meal of the day. When we consider Breakfast, ...
By Uditha Sanjaya
January 14, 2021

You all know that laughter can make a stressful mood forgotten. And also laughter is ...
By Uditha Sanjaya
December 14, 2020

Are you struggling to manage your money? So, you are not alone. almost all the ...
By Uditha Sanjaya
December 14, 2020

How Much Does Baby Food Cost per Month? | Best Guide For You

As a mother or father feeding your baby, you may be interested in the cost ...
By Uditha Sanjaya
December 14, 2020

What is the Cookie Business Profit Margin? | How to Increase it